Ok... I don't even know where to start with this movie.  I am in talks with a professor right now.  She wants to interview me about surrogacy.   I was very hesitant at first.  I said no.  I don't want to be protrayed as poor, uneducated, white trash.  So, I passed.  She is a client of my moms.  So, my mom passed one more email and said, she was done, either I would or this lady would go away.  So, I said, ok, lets talk.  She had made a comment on this Breeders movie.  The trailers came out at the end of last year.  I saw them and thought , whatever.  So, with this comment, I decided to watch it.

OMG.  I don't think that movie could be more biased if it tried.  There were 3 surrogates who told their story.  I don't doubt their story.  There is always a good side and a bad side.  But, they all missed big parts of the checklist.  No contract until after preg acheived, not having kids before  hand, etc....  There are reasons for these things.

And, these were one sided.  The other side wasn't there to say what happened, or their perception on it.  Trust me, my perception on things in different than someone elses.   One comment was a IF and his partner telling his sister, who is also his TS, that he would just get some other stupid woman to carry their child.    I don't know about you.  But, OH HELL NO!    Haha.

I actually paid my $5.99 to watch this movie.  I think I am more angry about paying money to see it, so that I am supporting their propoganda.

Dr Smikle was in it.  I don't think his clinic actually knew the movie would be so bashful though.  He does IVF, working many times with GS.  I saw him during my first GS pregnancy.  So, I don't see him supporting that.

There was another Dr on there.  Dr Joe Travella.  He said some wonderful things.  About being honest from the get go about the surrogacy journey.  For children, for everyone involved.  Secrets will eventually come out.  I will end up researching him more.  I liked his opinion on this.

Anyways.  I would say, don't waste your money, but its up to you. 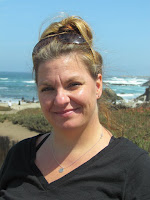